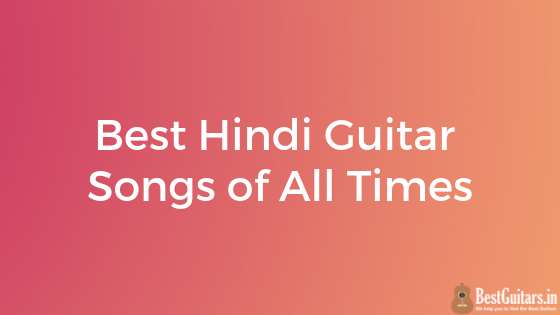 With today’s technology, all things have improved and worked really well. One particular thing is the music scene, all music from films are loved and adored by many. It has been quite a journey for India’s music culture of development and evolution. The Indian cinema is known to be the world’s largest producers of film and movie; thus having Bollywood as one of the largest centers of film and music production in the world. Today I have for you the list of best hindi guitar songs of all times.

Having huge commercial success over the years, they’ve grown to build an industry that is for the people. And they also developed a way that every folk, ranging from kids to adults, enjoy dance, film and music all at the same time. The celebration of the Bollywood style is unique of its kind; having to say that they also produced the best hits and most loved Hindi songs of all time, in accordance to their film of-course.

With that said, one very prominent thing is that almost all songs are popularized by Bollywood music. On this list, you can easily relate as you see and hear what the Bollywood music craze is all about. All of the top and trending songs you can hear on the list are from film adaptations, music videos and more. Below are some of the most lovable Hindi guitar songs for you. 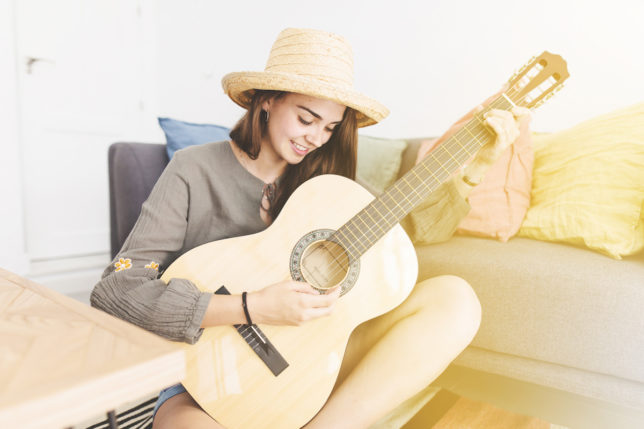 The song is a pop Hindi song that came from a Bollywood movie in 1969 called Aradhana.

It was composed by Sachin Dev Burman and was performed by Kishore Kumar. The song became a big hit in India.

Gulaabi Aankein was a rendition of from the 1970 movie “The Train”. The film was a box office hit in India and has became famous for its song “Gulabi Aanken”. It was covered by Sanam Puri on Nov 25, 2015 and has reached over ninety million views.

The song was from a band in India called Silk Route. They were discovered and acclaimed in 1998 for their hit song Dooba- Dooba which is a part of their album “Boondein”. They then furnished and made scores for Bollywood movie films such as Kalpana Lajimi’s “Kyon”, “Urf Professor” and “Lets Enjoy”.

The song was a part of the second album released by Atif Aslam called “Doorie”.

It was released on December 22, 2006 and Hum Kid Gali was a part of this album. It was a global success and hit, it topped the Indian as well as the Pakistani charts.

The song was part of an Indian Television series “Tamasha” aired on Oct 2016 to March of 2017. The soundtrack was made best albums of 2015 and were nominated under Film Award for Best Music Director and Irshad Kamil won the Filmware Award for Best Lyricist.

The song was originally from a Bollywood movie titled “Mr. X in Bombay” back in 1964. It was then revived and covered by Sanam Puri in May 7 , 2015 which has reached over 58million views on youtube.

The song was made for a Bollywood movie titled “Hate Story 2”. It stars Sushant Singh, Jay Bhanushaii and Surveen Chawla. The music was a hit that made over 60 million views on the internet.

The song was made for the movie “Jo Jeeta Wohi Sikandar” a 1992 Indian drama film. It was casted by famous global actors such as Aamir Khan and Ayesha Jhulka. The song was then revived and covered by Sanam which has reached over 23 million views on the internet.

O Sanam is a song performed by Lucky Ali. It was a huge hit having over 4 million views on the internet. It was also a part of his first album “Sunoh”.

Such na Sake is a song made for the Indian drama movie “Airlift” in 2016. It was sung by Amaal Mallik, Tulsi Kumar and Arijit Singh. The lyrics was written by Kumaar and became a hit in India. It garnered awards such as the 2017 Mirchi Music Award as Listeners Choice Song of the year and also won the GiMA MTV Duet award in 2016.

The song was for a Bollywood romantic action film titled “Dilwale”, which has grossed over 57 million US dollars in 2015. It was composed by Pritam and written by Amitabh Bhattacharya and was performed and sung by Arijit Singh and Antara Mitra. It has over 38 million views on Youtube.

Muskurane is a song from 2014 Bollywood movie titled “City Lights”. It’s a romantic Hindi song composed by Jeet Gannguli and sung by Arijit Singh. The music was first released on the 1st of May 2014 as a music video and the following day as a single.

The song was made for the movie “Yaadon Ki Baaraat”, a 1973 Indian Bollywood film. It was very influential in the history of Indian cinema. It was the first film mixed with everything from action, drama, romance, and musical. The song also reached a very successful number of over 63 million views on youtube.

The song was from a movie entitled “Pyaar Kiya To Darna Kya”, a 1998 Hindi romantic comedy film. The film starring Salman and Kajol Khan was a huge hit. The music also gained over 80 million views on youtube.

The song composed by Sharib-Toshi was a song for the Bollywood film, Jackpot. It was sung by Arijit Singh and was critically acclaimed and praised. It has appeared four times across the whole duration of the film and had also reached over 40 million views on the internet.

Tum Hi Ho was released on February 22 2013 for the film “Aashiqui”. It was sung and performed by Arijit Singh and was composed by Mothoonand. It was recognized as one of the best songs ever produced in Bollywood. It also reached over 200 million views on the internet.

Gerua was a song also made for a Bollywood movie “Dilwale” it was written by Amitabh Bhattacharya and sung by Arijit Singh and Antara Mitra. The song features Shah Rukh Khan and Kajol for the music video and was a huge hit in India gaining over 230 million views on the internet.

Neele Neele Ambar Par is a song from a 1983 romantic musical film titled “Kalaakaar”. It’s a very Iconic music composition, and is a total hit even up to date.

The song was first released on March 30, 2012 and was written and composed by Ayushmann Khurrana and Roochak Kohli. It was made for the film “Vicky Donor”. It garnered many awards including the Global Indian Music Awards, Filmfare Awards for best male playback singer, and Mirchi Music Awards for Male Vocalist of The year. It also had a huge success in the internet with over 9 million views.

The song was released for Humpty Sharma Ki Dulhania, a Bollywood film back in 2014. It featured Varun Dhawan and Alia Bhatt and has became a box office hit. It also got massive views on the internet with 39 million views.

O Saathi is a song from the Bollywood movie Baaghi 2 and was a remake of the 2016 Telugu movie “Kshanam”. The was published on Youtube in March 14, 2018 and was a major hit, having 180 million views. The music and film was an action/drama based movie and was presented by fox star studios. The movie was released in March 30 2018.

The song was used for the film “Badrinath Ki Dulhania” which was released back in 2017 as an Indian romantic comedy film. The film has also received many critical acclaims, and was a major hit and was a box office success. It was the ninth-highest grossing movie in the year 2017. The song was a major hit which received 123million views on Youtube.

Bareilly Ki Barfi was a movie made and released world wide in August of 2017 and was very successful in the film industry. It got 8 nominations at the 63rd Filmfare awards and was also based on the French novel “The Ingredients of Love”. It is also popularised by its hit song “Nazm Nazm” which reached over 93 million in views from Youtube.

The song was used for the celebration of Valentines day and was featured on the Bollywood film “Raid”. The movie stars Ajay Devgn, Ileana D’ cruz and Saurabh Shukla are the leading artists in the film. This Romantic track was sung by Rahat Fate Ali Khan and has received huge views on the internet with 78million views on Youtube.

Dil diyan was a song from Atif Aslam written by Irshad Kamil in 2017. It has reached over 427 million views on Youtube and is really loved by many for its Christmassy vibes. It was used for the film “Time Zinda Hai”.

The song is about courage and hope. It is based on the life of Bollywood star Sanjay Dutt, which was directed by Rajkummar Hirani. The film was presented by Fox Star Studios and has reached critical claims. It also reached over 43 million views on Youtube.

The song was used for the movie “Nautanki Saala” was directed by Rohan Sippy starring artist like Ayushmann Khurrana, Kunaal Roy Kapur, Pooja Salvi and Evelyn Sharma. The movie was released on April 12, 2013 and has reached box office hit with 1million US dollars as profit.

The song was inspired by the movie “Ae Dil Hai Mushkil” which is also the title of the song it was written and directed by Karan Johar. It features artist like Ranbir Kapoor and Anushka Sharma together with Aishwarya Rai Bachchan. The song was a major hit with over 42 million views on Youtube.

The song was made known in accordance with the film Kabhi Khushi Kabhie Gham (Some times there’s Hapiness Sometimes there’s Sorrow) it was also known as K3G. It was released in December 14, 2001 and has received huge acclaims with a Box Office hit of 19million US$. It is also a hit on the internet with over 42 million views.

The song was used in a 2018 romantic drama film titled “Jalebi”. The movie’s soundtrack was released on 21st September 2018 and the official lyric video on Youtube on sept 24, 2018 which has received over 22million views in a short span of time. It was voiced by Arijit Singh and Shreya Ghoshal, while the scores was made by Javed-Mohsin and was written by Prashant Ingole and Kunaal Vermaa.

One can easily identify the music and really connect to it, especially if you can view and relate to the film it is playing from. It is said that the eye is the window of the soul and the ear is the gateway to the heart. Thus, having to hear and see good music and film uplifts and entertains us. I’m sure you’ll love these best hindi guitar songs.

Bollywood culture is really prominent in India. It has shaped the culture and way of life, connecting one people to the other. With it , music have grown, developed , and evolved over the past century. It has also reached community with having to teach both educational and cultural influences to people. It has thought many, from adults to kids, on how to value and appreciate music and film.

It endeared and endured for many decades and I don’t think it’s gonna stop now. Too many people are still enjoying and loving it. Music is a very good thing to feed from. So, get the guitar listen to the list and start practicing with these best Hindi guitar songs! 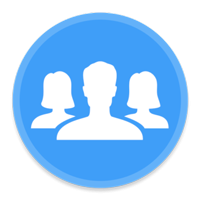 Plaese Fill The Details Below

Just enter your name & email to get instant access to this